Please find below our Alerts on the Covid-19 situation as it affects Immigration to Germany.

The agreement according to § 81a AufenthG in accelerated specialist procedure

In the current Betriebs-Berater (BB 49.2019 / 02.12.2019) you will find an article about the agreement according to § 81a AufenthG in the accelerated specialist procedure of Bettina Offer and Gabriele Mastmann.

Following the relaunch of our website at the end of 2018, we are now pleased to announce that we have moved into a new office location in Frankfurt am Main, Germany.

In mid-August 2019, we moved from our office at Kobbachstraße 3A – which became too small to accommodate our growing team – into office premises located at August-Schanz Straße 28, a small and neat industrial area located north of Frankfurt. The new location provides us with sufficient opportunity to continue with our expansion strategy. You are welcome to visit and have a look around! Please contact us using the unchanged phone number to arrange an appointment.

In mid-April 2019, Gabriele Wood joined our consultant/paralegal team. Gabriele grew up in South Africa as a native English speaker of German origin, where she has worked in social research and project management. After her return to Germany, we were able to attract her as Trainee Visa Immigration Consultant. She is strengthening the team servicing one of our largest client accounts with her international expertise.

Two months before the official exit date, the UK Parliament is still grappling with the BREXIT debate and has made no concrete decision regarding its transitional arrangements in terms of exiting the European Union. German employers must therefore anticipate and prepare for a hard BREXIT. Should the UK leave the EU by the 31.10.2019 deadline without an exit agreement in place, UK nationals’ immigration status would immediately change from EU Citizen to that of an unprivileged third country national who by German law requires a visa or immigration permit in order to enter the Schengen Area, and live in and work in Germany.

The Federal Government of Germany is preparing intensively for all exit scenarios. Germany aims to safeguard UK nationals as far as possible. By implementing the “Fifth Ordinance Amending the Employment Ordinance” on 4.4.2019, which changes Section 26 BeschV, an easier access to the German labour market will be provided to British citizens. Further, the Federal Government submitted the draft “Law on the Transfer of Freedom of Movement Rights into the Right of Residence as a Result of the Departure of the United Kingdom and Northern Ireland from the EU” to the Federal Council on 9.8.2019. The proposed “Brexit residence transitional ordinance” aims to suspend the requirement of a residence title for a transitional period of approximately 6 months.

All British nationals and their dependents living in Germany, at the time of the UK’s exit from the EU, will receive German residence titles. Those who have been granted long-term residence permits will in turn receive permanent settlement permits even if they do not meet the requirements of § 9 of the German Residence Act

The German economic newspaper Handelsblatt has revealed its update on the list of the best lawyers in Germany 2019.

Bettina Offer & Gabriele Mastmann have been listed as the best immigration lawyers in Germany.

It’s the end of January 2019 and the UK Parliament is still heading for a hard BREXIT, due to happen on March 29th this year. While we all hope for a different solution, German employers and their UK employees should act in preparation for better and worse. EU nationals are entitled to the EU Freedom of Movement and do not require any kind of permit to live and work in Germany. When the UK leaves the Union, however, UK nationals’ immigration status immediately changes from EU citizen to that of an unprivileged third country national who by law requires a visa or immigration permit in order to enter the Schengen Area and work in Germany.

What if a No-Deal Hard BREXIT happens?

The German government has announced their intent to allow a 3-months transition period for UK nationals registered in Germany on March 29th. According to their information, UK nationals residing in Germany on March 29th may remain in Germany and continue their current occupation for the duration of 3 months while applying for a permit. Details of the planned transition regulation are however still unclear. The following questions remain unanswered:

While we try to clarify these details with the German government, we nevertheless German employers prepare for a hard BREXIT.

We recommend all German employers to:

The German Federal Ministry of the Interior, Building and Community introduced a draft for a new law on corporate immigration. The draft law has been published for discussion of the civil associations and shall be put forth into regular law making process on December 19th.

The draft law does not change the existing rules on immigration of highly qualified workers, acclaimed by the OECD as being a very good immigration law. It also keeps the notion that immigration in principle requires an employment contract prior to entering Germany and that all foreign workers must be employed with working conditions at least equal to those of German personnel. The draft law does introduce new categories for qualified workers without an academic education reflecting on the shortage of employees currently experienced by the German employers. Workers with limited vocational training may obtain required additional qualifications within a period of several years after arrival in Germany during employment. Furthermore the new law introduces a fast track to expedite workers migration and restructures the administration in order to streamline the processing. Finally, it enables workers with a vocational training as well as workers with academic qualifications to enter Germany for a limited period of six months in order to search for employment if they can sustain their costs of living using sufficient funds. The draft also introduces an obligation to employers to notify the authorities if an employment relationship ends prematurely and clarifies that the work permit contained in the immigration visa / permits shall be automatically transferred to allow employment with the new employer when a corporate restructuring affects the employment relationship.

Please note that on 1st January 2019, as every year, the income threshold for contributions into the German public pension scheme will be raised on the basis of general wage developments.

Given that the minimum salary for a Blue Card EU is set as a percentage of this reference amount, this threshold will be adjusted as well. Thus, from 1st January 2019 on, an applicant will presumably have to receive a minimum annual salary of EUR 53.600 (instead of the current minimum of EUR 52.000) in order to obtain a Blue Card EU. A reduced salary threshold for certain shortage occupations will presumably be set at EUR 41.808 (instead of currently EUR 40.560).

Additional prerequisites for the Blue Card EU remain an offered local employment by a German company and a university degree comparable to German standards that fits the job description.

The new thresholds are not relevant for Blue Cards that have already been issued, but will have to be complied with for any new or renewal applications from 1st January 2019 onwards.

Summary of reports to the press conference "Recruitment of skilled workers: Is an immigration law sufficient?" From 20.11.2018 in Berlin

Here is a list of reports to the press conference "Recruiting skilled workers: Is an immigration law sufficient?" From 20.11.2018 in Berlin

Who is Who Legal Thought Leaders - Bettina Offer

Bettina Offer is now represented with her biography as a Thought Leader by Who is Who Legal.

Bettina Offer in an interview for Welt.de - Only the immigration law is not enough for Germany's success

Read here the article in the economic section of Welt.de on the occasion of the draft for a new immigration law. Bettina Offer shares her practical experience in an interview.

New Legal Weekly - What is missing for an immigration country

In June, Bettina Offer attends the hearing of the new corporate immigration law in Berlin as invited expert.

HERE you can read more 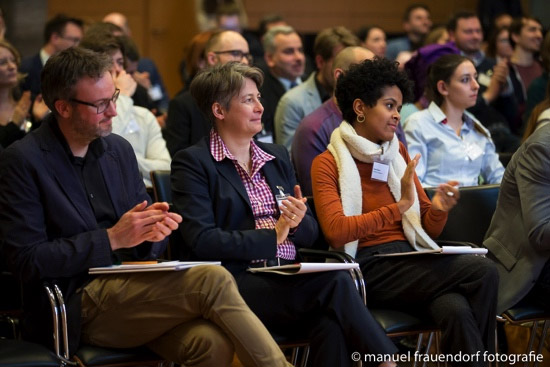 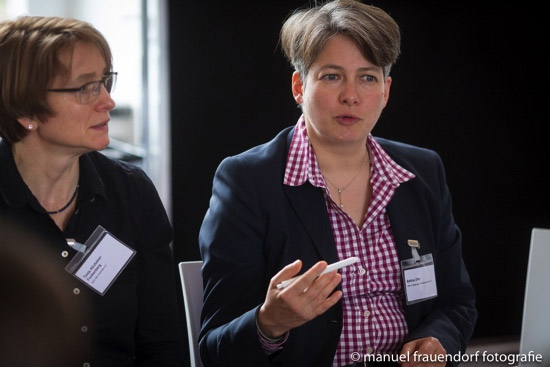 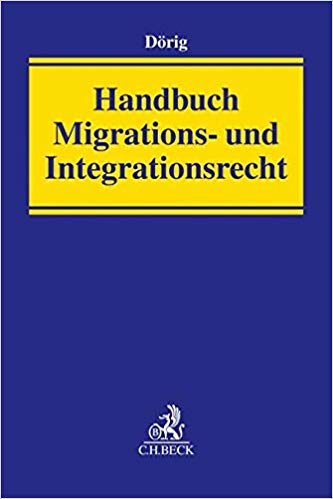